Now nearing construction completion, excitement is growing at Stadia50! Already over 70% sold, there are several great units remaining to choose from including our sales team's picks for featured condos this week.

Stadia50 is a brand new condo development in Brighton with 46 luxury condominiums situated on the doorstep of Boston’s most exciting neighborhood, Boston Landing. Premier finishes, top of the line amenities and an incredible sky lounge and roof deck await you. Enjoy upscale dining, one-of-a-kind shops and become part of a community immersed in health and wellness. Boston’s best brands call the Boston Landing neighborhood home and Stadia50 is an opportunity for you too as well. 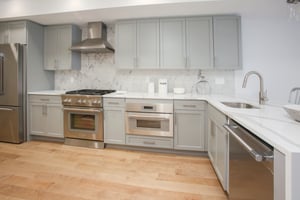 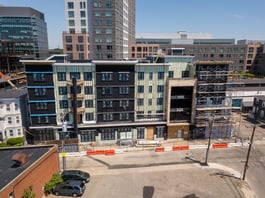 We'd love to see you for a tour of the model unit! 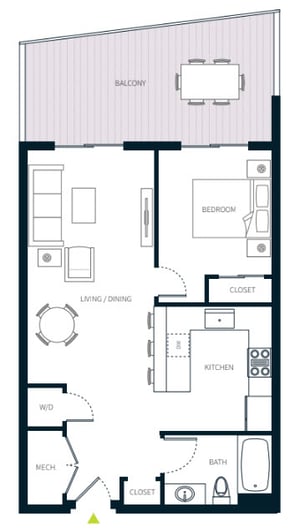 This is the last remaining 1 bedroom condo under $700,000 and is one of our favorite units left with its open flowing layout and massive covered private deck. Exceptional space with a large kitchen that has a dining island, perfect area for a home office that is set apart from the primary living area that ties in directly to the +-300 sf private deck. Accessible from both the living room and the bedroom the deck virtually doubles the living and entertaining space 6 months of the year. All the high end finishes found throughout the building including Jenn Air appliances, central HVAC and in unit laundry. 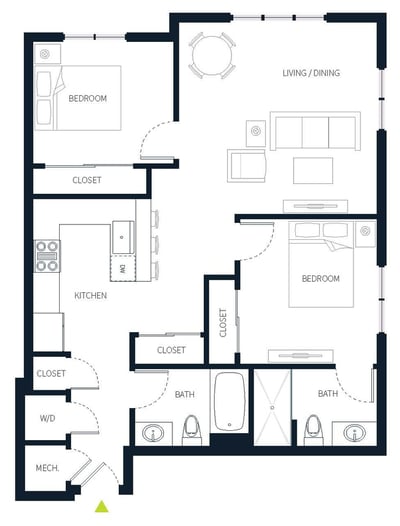 One of only 2 South facing 2 bedroom condos remaining, this Penthouse level Southwest corner unit is hyper efficient and is our sales team pick for the best value unit remaining in the building. This 2 bed, 2 bath condo gets bombarded by sunlight all day and has one of the most furniture friendly layouts in the building with excellent wall space to set up ample living and dining space. It also includes a full 2 car tandem parking space in the price and boasts the high end upgraded Thermador appliance package.